U.K. in regular talks with US over potential travel corridor

U.K. and U.S. government officials are in regular talks about a potential travel corridor between the two countries given their mutually high rate of coronavirus vaccinations, according to Britain’s transport secretary.

Grant Shapps said he speaks to his U.S. counterpart Pete Buttigieg “all the time” on the issue, and understands demands from the public and businesses to loosen restrictions between the nations.

Speaking at an event hosted by the ConservativeHome website late Tuesday, Shapps said a travel ban brought in by former U.S. President Donald Trump more than a year ago would need to be loosened for an agreement to go ahead.

“That is the thing that needs to lift in order to open up these different corridors,” the minister said.

The U.K. government is under huge pressure from the airline industry to open up flights again after a year of Covid-19 restrictions that have brought the sector to its knees. Prime Minister Boris Johnson has stated an aim to resume some non-essential international travel from May 17, but this will not be decided until early May.

Passenger numbers between the U.K. and U.S. are down 99% this month compared with two years ago, according to American Express Global Business Travel, devastating both trade and tourism revenue.

“The U.K. and U.S. have an opportunity to show real global leadership by opening up a safe and seamless corridor as soon as is feasible,” said Andrew Crawley, the group’s chief commercial officer. “The routes could be a testbed for new processes around digital-health certificates, which has not yet been trialled at scale.”

Reopening U.K. travel depends on virus infection rates and vaccination levels in each destination country. A so-called traffic-light system will be used to classify countries into green, amber and red based on these factors, though travelers to green countries will still have to take virus tests before departure and on return to the U.K.

Shapps said he understands why some people are frustrated that getting vaccinated doesn’t yet mean you can go to similarly inoculated countries.

“Of course we recognize that, though we’re waiting for much of the rest of the world to catch up on vaccinations,” he said.

The U.K. has administered more than 43 million vaccinations, including 10.8 million second doses, and aims to offer a shot to all adults by the end of July. In the U.S., some 213 million shots have been given out, with more than a quarter of the population fully vaccinated.

Big airlines pull back from oil hedging after losing billions

Some of the world’s biggest airlines are shrinking their mammoth fuel-hedging programs after losing billions of dollars in derivatives markets last year.

Flush with bailout funds, Air Canada called on the government of its home country to lay out a plan for reopening borders as vaccination progresses.

After decades of starting successful airlines and dreaming up new ways to operate them, David Neeleman is again plotting a different course, this time for staffing.

British Airways parent IAG SA reported mounting losses and said it’s expecting only a gradual recovery in travel from the coronavirus pandemic as the U.K. prepares to reopen its border. 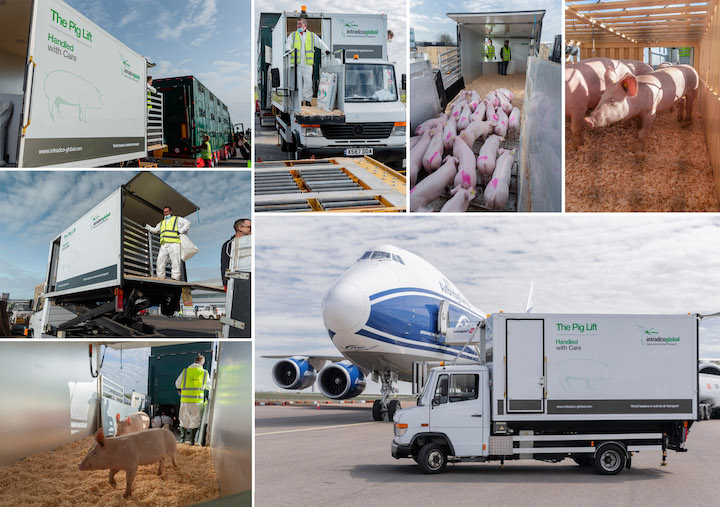