In recent months, Union Pacific has been working with the city of Houston, Harris County, and the Bayou City Initiative to reach agreement on a publicly supported remediation plan for the former Southern Pacific Houston Wood Preserving Works (HWPW) site. Union Pacific welcomed input from the city, county, and Bayou City Initiative as it will add to the already robust and aggressive remediation plan we proposed that is pending approval with the Texas Commission on Environmental Quality.

The city of Houston’s inaccurate description of their recent testing for dioxin found near the HWPW site has created confusion. Despite Union Pacific’s transparent efforts to collectively identify HWPW issues and solutions, the city held back the data (ignoring our repeated requests for data review) and self-selected certain data points to benefit their narrative. The testing report shows the dioxin levels in the city’s samples are well below the Texas Commission on Environmental Quality’s clean-up standards for dioxins in residential areas. Yet the city’s description of the testing failed to include that important fact.

The city’s attribution of widespread dioxin only to operations at the former Southern Pacific HWPW site is also unreasonable and inaccurate. For more than a century, nearly 100 businesses operated in the highly industrialized area by the site. Now, the environmental remnants of the industrial prosperity that once flourished there are causing residents and regulators to raise concerns about pollutants on the ground, in the air and in the water.

According to the U.S. Environmental Protection Agency, dioxin-like compounds are found in soils everywhere due to a variety of sources. Jonathan Urban, PhD toxicologist with ToxStrategies, states that “Dioxins are primarily a byproduct of combustion and other industrial processes, and it is not uncommon for them to be detected in urban and industrial areas. The important question is are they present at soil concentrations that might impact human health.”

Manufacturers, metal foundries, auto shops, laundromats, dry cleaners and other businesses all operated in the area near the former HWPW site. In addition to dioxins, the chemical remnants these types of businesses may have left behind include arsenic, vinyl chloride, lead, Polycyclic Aromatic Hydrocarbons (PAHs) and Volatile Organic Compounds (VOCs), and dozens more.

Site Safety for the Surrounding Community

Until the 1980s, Southern Pacific spent decades using creosote to treat wood for rail ties at its HWPW facility, affecting soils and groundwater. Union Pacific took responsibility for remediation activities when it merged with Southern Pacific – 13 years after the facility closed in 1984.

Over the past 25 years, Union Pacific conducted all cleanup activities under the oversight of state regulators. This includes removing creosote-impacted soil and constructing an engineered barrier cap consisting of clay and topsoil, concrete, asphalt and other materials. Additionally, Union Pacific removed a significant amount of creosote, both on and offsite. The railroad has met with city of Houston and county officials and local community advocates to discuss even more aggressive cleanup measures, containment and remediation activities. 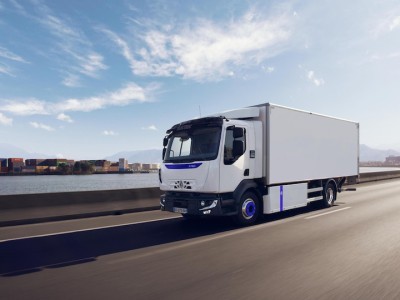