Why Johnson’s Britain is turning ‘rogue state’ over Brexit

Boris Johnson has risked a chaotic and bitter separation from the European Union by tearing up sections of the Brexit deal he secured less than a year ago. The U.K. prime minister’s dramatic move to introduce legislation that could override parts of the divorce agreement has raised the stakes during talks to thrash out a trade deal between the two sides. Critics, including all five living ex-U.K. prime ministers, say the law will damage the U.K.’s standing in other international disputes, including with China over Hong Kong’s national security law. One lawmaker said the legislation risked turning Britain into a “rogue state.”

1. What exactly is the U.K government doing?

By its own admission, it’s planning to break international law. The U.K. is seeking power to undo sections of the Northern Ireland Protocol—part of the legally binding Withdrawal Agreement it signed with the EU in January. Crucially, the bill says it will “have effect notwithstanding inconsistency or incompatibility with international or other domestic law.” Suella Braverman, the government’s attorney general, argued that parliamentary sovereignty means it can pass legislation in breach of the country’s treaty obligations.

2. What does this have to do with Brexit?

Johnson is rowing back from the policies on Northern Ireland he signed up to as part of the Withdrawal Agreement. That treaty took Britain out of the EU’s single market and customs union, meaning customs checks will be re-imposed at the U.K.’s border at the end of the Brexit transition period on Jan. 1. The protocol is designed to prevent a hard border on the island of Ireland—at the cost of putting the customs border in the Irish Sea.

3. How does Johnson’s bill change things?

The Internal Market Bill, which cleared its last stage in the House of Commons on Sept. 29 and must now be approved by the House of Lords, will give U.K. ministers powers to:

4. How has the EU responded?

It is threatening legal action. The three issues are highly sensitive for the EU, which is particularly concerned that goods could enter its single market unchecked via the 310-mile (500-kilometer) land border with Northern Ireland. The 27-nation political bloc is also worried that U.K. subsidies will put EU firms at a competitive disadvantage.

5. Why is Johnson taking such a risk?

Johnson has repeatedly said that trade between Northern Ireland and Great Britain must be unfettered after Brexit, and he sees this move as necessary to secure that goal. If the U.K. and EU don’t come to an agreement by year-end, all goods entering Northern Ireland from Great Britain may have to pay tariffs, a situation the U.K. government says is unacceptable. The prime minister also wants to break away from the EU’s state aid rules. Johnson’s move could also be a negotiating tactic: By threatening the EU with a damaging rupture, he may be trying to encourage the bloc to offer a trade agreement with terms more favorable to the U.K. On Sept. 29, Irish Foreign Minister Simon Coveney said there was a good chance the two sides would agree on a trade deal, a development that would largely mean the most contentious elements of the Internal Market Bill would “fade away.”

6. What would EU legal action mean?

The European Commission can bring the matter to the Court of Justice of the EU, or ECJ, which can then impose financial sanctions. But that process could drag on well beyond the end of the transition period. The U.K. has agreed that for treaty obligations breached before then, it is still subject to ECJ rulings for another four years. But the British could choose to ignore them, especially if they include financial penalties, in what would constitute another treaty breach. The Withdrawal Agreement provides for a five-member arbitration panel to rule on matters of non-compliance from next year. Again, the panel may impose financial penalties. If the U.K. still refuses to pay, the EU can suspend the Withdrawal Agreement at will, except the parts on citizens’ rights.

The biggest penalty would be to refuse to enter into any trade or other agreement with the U.K., depriving Britain of access to its biggest and closest economic partner. 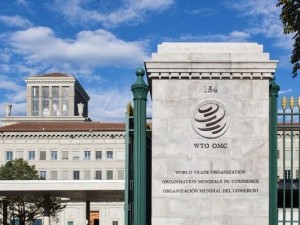