Wizz Air Holdings Plc plans to double the size of its carrier in Abu Dhabi, after the Gulf operation got off to a slower-than-expected start because of the coronavirus pandemic.

The new airline, co-owned by state-backed holding company ADQ, ended its first year in operation with four planes based in the capital of oil-rich United Arab Emirates.

The fleet will expand to eight this year, adding links to destinations including Vienna, Bari, Italy, and Krasnodar, Russia, as the venture hires another 200 people locally, Chief Executive Officer Jozsef Varadi said in an interview. It currently employs around 200 people in Abu Dhabi.

“With that, we would be at least doubling or tripling the passenger numbers we carry in and out of Abu Dhabi,” Varadi said.

Wizz, based in Budapest, is on a growth tear powered by its low-cost model after other carriers were weakened during the pandemic. The Abu Dhabi venture is at the heart of its eastward push while Wizz also builds its presence in Western European markets like the U.K. and Italy.

In the past three months, travel rules were loosened and the EXPO 2020 event kicked off. Wizz Air Abu Dhabi operated 506 flights in the fourth quarter, almost half of its total for all of 2021.

“Now we are seeing significant improvement in the market,” Varadi said. “We are seeing less restrictions imposed by government, and clearly we are seeing a lot more demand on the consumer side.”

Wizz Air Abu Dhabi’s load factor is also improving. It is nearing 85%, which is close to the 90% the airline is used to operating in normal times, Varadi said. “Now the operation is cash positive.”

The main airline, which sold its first-ever bond last year, will be in “cash building mode” as the business normalizes and it seeks to reduce its leverage, he said.

Wizz raised 500 million euros ($573 million) in last year’s bond issue to help fund operations in a tough market. It’s in the process of issuing another 500 million-euro bond to repay 300 million pounds ($412 million) of Covid-relief financing from the U.K.

“As business gets normalized, the cash flow cycle changes dramatically and we will be again in cash-building mode,” Varadi said. “We will be able to to reduce the leverage significantly going forward.”

The CEO said he expects the current omicron wave to mark the end of the Covid-19 crisis. By the end of this decade, the Abu Dhabi venture should have 55 aircraft, he said.

“My personal expectation is that we have a lot better year in front of us than the years behind us,” he said. 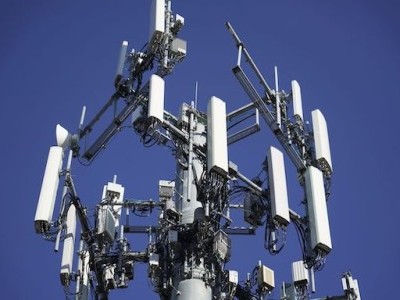