Hammond, WSP senior vice president and multimodal national market leader, was officially announced as the first woman elected as chair of ARTBA during a banquet on Sept. 27.

Berger, WSP senior vice president and national business line leader for Transportation, was honored with an Industry Leader Development Program (ILDP) Leadership Impact Award in recognition of her contributions to the transportation industry.

Based in Washington, D.C., ARTBA represents public and private sector members of the transportation design and construction industry before Congress, the White House, federal agencies, news media and general public and responsibly advocate for infrastructure investment and policy that meet the nation’s need for safe and efficient travel.

Hammond assumes her new leadership role with ARTBA after serving a one-year term as the organization’s senior vice chair.

“I am incredibly honored to be the first woman elected to this prestigious position, and I look forward to representing the transportation industry during this time of historic change and unprecedented opportunity,” Hammond said of her leadership role with ARTBA.

A national figure on transportation issues, Hammond joined WSP following a 34-year career with the Washington State Department of Transportation, where she served as secretary of transportation from 2007-2013, and as chief of staff in the office of the secretary from 2001-2007. She is immediate past chair of the Women’s Transportation Seminar (WTS) international board of directors.

Hammond, who is based in Seattle, was the 2016 recipient of ARTBA’s Ethel S. Birchland award, presented annually to a woman who has demonstrated outstanding leadership and long-term service in the transportation design and construction industry’s public or private sectors.

Berger, who has served as an ARTBA board member and completed the ILDP, earned the award based on her contributions to transportation design and construction; visionary thinking; service as a mentor to colleagues and industry peers; and efforts to promote diversity and inclusion in transportation.

“ARTBA is a leading voice in our industry,” Berger said. “I am grateful to receive this honor as a representative of all of our dedicated ILDP graduates who work tirelessly to support and improve our nation’s transportation infrastructure.”

ARTBA’s ILDP annually provides participants with a solid understanding of industry economics, how transportation work in the U.S. is funded and financed, how actions by the federal government impact the industry, and how they — and their company or agency — can become politically engaged.

She previously served as deputy national business line leader for the firm’s Advisory business with a range of responsibilities from strategic planning, operational management, and complex project management across all types of infrastructure.

Berger served as vice president of the Women’s Transportation Seminar Greater New York chapter; trustee of the ARTBA Foundation; and as a member of the External Advisory Committee for Northwestern University’s Department of Civil and Environmental Engineering.

This is only the second year ARTBA has presented its Leadership Impact Awards. Last year, during its inaugural presentation, WSP’s Rolando Amaya, senior vice president and Capital District leader, was recognized for his visionary thinking and efforts to promote diversity, equity and inclusion.

Indian Railways, a sprawling network that ranks among the world’s largest, is a long way from generating the amount of clean energy it needs to become net carbon neutral by…

Stellantis has glut of cars stuck at plant on logistics troubles

UK rail workers to strike in the build up to Christmas 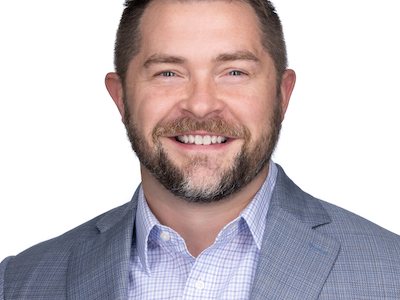