While spot rates are sailing in the right direction for ocean freight from the Far East to the South America East coast, short-term air freight rates are failing to take off on major intra-Asian and long haul trades. According to Oslo-based Xeneta, which crowd sources the very latest rates data from leading global shippers, such developments will likely impact on long-term contracted rates negotiations in the very near future.

“Certainly, as far as ocean freight rates are concerned, the long-term market tends to play catch-up with the spot market, with around a three-month delay,” comments Peter Sand, Chief Analyst, Xeneta.

“So, for example, the fall in spot rates we began to see in January on trades from the Far East to South America was reflected in April and the following months. This turnaround, where spot rates from the region began edging up again from May/June, may have some significant implications for upcoming long-term agreements. Shippers looking to renegotiate contracts, take note!”

Analysis from Xeneta shows that spot rates on the corridor fell close to 40% in the first four months of the year, with rates from South Korea declining more than those from China, Japan and Taiwan (Japan’s rates have stayed strongest). However, the current revival has now seen the average Far East spot rate climb by USD 2 900 to USD 10 600 per FEU on 13 July. Although this is a significant recovery, it is still down on levels at the start of 2022, when shippers paid an average of USD 12 400 per FEU.

“It’s interesting to see proof of the ‘long-term lag’ here,” adds Sand, who points out that rates on the contracted market have continued to fall into July (currently standing at USD 7 750 per FEU as of 13 July). “That translates to opportunity for those with limber logistic strategies,” he notes.

In terms of Far East air freight, developments appear to be heading in the other direction, with short-term rates falling despite rising cargo volumes and capacity. The dynamic load factor from the key hub of Shanghai has also been climbing since the end of the last COVID lockdown, rising from 69% for all exports in April to 93% in June. This has not, however, been enough to invigorate a relatively lackluster rates scene.

Long-haul trades have been the hardest hit according to Xeneta’s data, although all routes have been impacted by declining spot rates. Prices from Shanghai to the US have collapsed by 32% since the start of the year, bringing rates to USD 8.5 per kg (for mid-tier cargoes, between 500 and 1 000kg), their lowest level since August 2021. Spot rates to North Europe have experienced a similar fall, now sitting at just over USD 6 per kg – a rate you have to look back to September 2021 to match.

Short-haul rates have experienced less dramatic downturns, largely returning to levels seen at the start of the year. From Shanghai to Hong Kong prices have fallen to USD 2.32 per kg, down from USD 3.5 per kg in early May 2022, short-term rates to Singapore have seen a 6% decrease from 1 January (USD 4.2 per kg on 1 July), while those to Japan are the biggest movers, falling 25% since the start of the year, to USD 3.1 per kg.

“This is a market in a degree of flux,” concludes Sand, “with COVID and the fear of rising cases and future lockdowns waiting in the wings to influence rates going forwards. It’s difficult to predict developments, making it vital to avail oneself of the very latest rates data to gain understanding and value in any rates negotiations.” 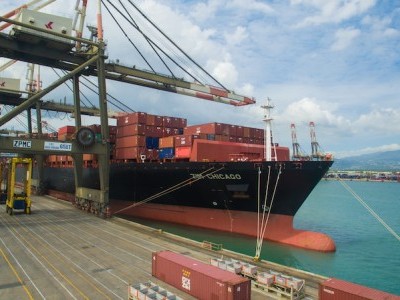 ZIM reports financial results for the second quarter of 2022 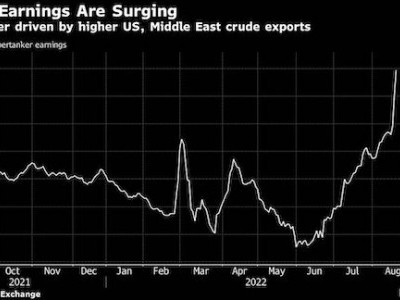 Key insights: 1. Transpacific ocean rates decreased slightly this week, but remain well above 2019 levels as demand – despite a downturn – likewise remains elevated, and port congestion, though…

A veteran Rhine shipping company said its business on the Upper Rhine is at risk as water levels drop.