A notice has been issued from Leon Skarshinski, Commercial Officer for the U.S. Department of Commerce, Embassy of the United States of America in Beijing, China - who has announced the conclusion of a meeting with China AQSIQ DG and senior staff regarding the mosquito fumigation requirement for U.S. originating cargo.

NHLA released 2 items for more information in regards to this notice:

2. What is the status of cargo that departed the U.S. before the August 5 implementation date?

Cargo that departed the U.S. BEFORE this date is exempt from the fumigation requirement. Requirement applies to anything that departed Aug. 5 or after.

3. Is there a need for each container to be fumigated or is there an alternative? E.g. South Korea methodology where the entire vessel must produce a certificate; an individual shipper does not bear the burden for each container.

There are alternatives. It was noted that if the entire vessel was fumigated (before/after being loaded), that would be acceptable. In addition, integrated pest management measures are also deemed acceptable – for example, if a factory uses physical means such as an “air wall” to control insects as long as they follow WHO guidelines (FAS/APHIS can better elaborate on this). In regards to the latter, the certificate should record these measures in an appropriate fashion.

4. How does container fumigation take place?

It was reported that the best means was to fumigate the container BEFORE the products are loaded. It is hoped that this would limit the impact on products that would be altered or ruined by direct treatment.

5. If fumigation must take place at the port of entry, what is the estimated cost per container?

Exact cost will relate to the particularities of the cargo and local/provincial government department at port. As a rough guide, a 20 foot container should cost approximately 200 RMB ($30) and a 40 ft. container 400RMB ($60). Shippers should weigh this cost against that of conducting the fumigation in the U.S.

6. What if CIQ mandates that an entire ship be fumigated?

That would depend on a variety factors. The U.S. attendees were left with a strong impression that this would be an extremely rare occurrence.

7. Is there guidance as to by whom and how the fumigation process would work at each major port of entry?

This would be carried out by a third party at a given port. Particulars depend on the port but these third party fumigators should be readily available; CIQ will be able to provide guidance.

8. Is there recourse if a shipping company believes its fumigation certificate has been unfairly rejected?

Yes, a website address will be circulated where complaints can be lodged. Designated staff will respond within 72 hours.

9. What is the applicability of this requirement to pulp exports? Given the amount of processing that pulp undergoes (high temperatures and chemicals).

Any cargo/products that through their normal processing would be deemed to be fumigated in a WHO acceptable fashion would not need an additional fumigation certificate. Proof of this should be kept on hand.

10.Will there be a special commodity exemption for products that can be altered or ruined by direct fumigation (such as kaolin clay - HS code is 2507.00.0000)?

NO – see question 3. The only exception is the 15C or lower temperature. Again note that the fumigation does not have to be directly sprayed on the given product/cargo.

11.How will transshipments through Hong Kong or a third country be treated?

No Different – if it originates in the U.S. a certificate would have to be produced.

12.Is an “official government stamp” needed on the fumigation certificate?

13.How are they going to enforce the temperature exception?

Ensure that the temperature setting on the refrigerated container is set at 15C degrees or lower. Likewise, ensure relevant supporting paperwork notes the intended cargo temperature.

14.Is the fumigation is a requirement to load on origin, to discharge on port of destination or to remove the container for the port.

Ideally, load on origin and ensure a proper certificate is in hand. As noted earlier, fumigation could also take place upon destination but the time needed to complete the process in a given Chinese port is not known.

15.What is the status of breakbulk goods (i.e., not in containers, but loaded directly into holds of ships):

All vessels would be subject to fumigation. Again note that both chemical and physical eradication measures in line with WHO standards will be acceptable.

16.Will each port have authority to enforce differently?

NO, enforcement should be standardized across all (air and sea) ports. The CIQ’s basic risk management system will be employed (reportedly with no specific tweaks to target potential Zika threats from the U.S.). If a container is pulled for inspection as part of routine risk management, it will not be pulled a second time for mosquito inspection.

17.Are all shipments from the US subject? Or can this be limited to Zika effective regions?

All shipments from the U.S. are subject for the time being. Consultations will continue to determine if a regionalization approach could be implemented.

18.What is the impact of this regulation on airlines and airline cargo?

19.What is the timeline for the United States’ presence on the list? The initial announcement states that the countries are subject to scrutiny for one year – does that mean U.S.-origin goods will be screened until August 2017, or from the initial announcement, March 2017?
Goods are subject to this requirement until March 2017. This date may be extended or shortened depending on the Zika situation in the U.S.

FAS High Level NotesZIKA Chinese Fumigation Requirement August 18, 2016:
All U.S.-origin vessels that left the United States after August 5 must comply with the new requirements as follows:

Some of the information will be redundant in these two documents. Expect something more official from all attendees (FAS, FCS, STATE, APHIS, CDC) in the very near future.

Pakistan is looking to intensify trade with neighbor Afghanistan and countries in Central Asia, as it looks to diversify commerce beyond the top players, the nation’s trade adviser said. 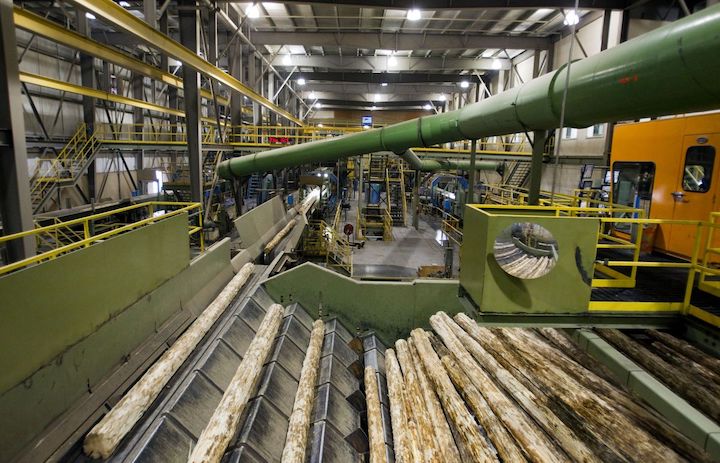